The Sri Yantra is a symbol which is over 12.000 years old.
It contains sacred geometry and the golden ratio (Phi) and is also known as the mother of all yantras and the symbol of manifestation.
Yantras are used for meditation, to balance both hemispheres and to gain spiritual knowledge.

The reason why the Sri Yantra is so special has many reasons, it contains enormously complex geometry which can found everywhere on this planet and being linked back to the Sri Yantra. For example the Pyramids of Gizeh have ratios which are found in the Sri Yantra as well, while the origin of the Sri Yantra is in India. The Sri Yantra is closely connected to the Flower of Life, which is also happens to be on a wall of an ancient temple in Abydos (Egypt).

The Sri Yantra is made of nine triangles and are of various sizes that intersect with one another. In the middle is the power point (bindu), visualizing the highest, the invisible, elusive center from which the entire figure and the cosmos expand.
The Sri Yantra represents the goddess in her form of Shri Lalita, “the beauty of the three worlds” – Bhoo, Bhuva and Swa. (Earth, Atmosphere and Sky (heaven)). Four isosceles triangles with the apices upwards, representing Shiva or the Masculine. Five isosceles triangles with the apices downward, symbolizing female embodiment Shakti. Thus the Sri Yantra also represents the union of Masculine and Feminine Divine. Because it is composed of nine triangles, it is also known as the Navayoni Chakra.

This particular Sri Yantra Ring can be seen in the very popular American TV Series Quantico where the  main character (Priyanka Chopra) was wearing it in several episodes. 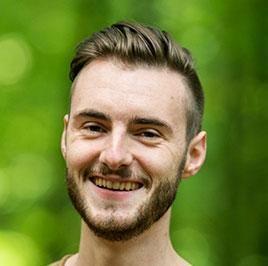