Years of Contraction and Expansion In the 'early years' of our contact with extraterrestrials, fortunately, the experiences and information progressed more or less equally.
We always had completely new experiences and fairly soon after that the information came with explanations via our guides themselves or via other ways, such as an event of Bashar.
A perfect learning path for our 'expansion' in this completely new world.

Without the explanations it would have been just strange, unknown experiences that are almost impossible to plot on our reality and would probably have led to 'contraction' because this part of our life at that time was just not explainable to others and could easily have led to the partial denial of these experiences ... thereby actually resulting in fragmentation of ourselves.

Expansion is the result of integration of our experiences, where the whole becomes more than the sum of its parts.
The increase of our potential through healing and integration of parts is not linear, but rather exponential.

Expansion' can be sensed as an enlargement of possibilities, the desire to 'go for it', to join efforts or work together, to bring things together, to feel our power and passion ... seeing plenty of opportunities ...
Contraction' you notice soon enough as a feeling of being stopped or held back, feeling smaller, feeling limited, feeling divided ... a constriction of opportunities and possibilities, a flow that becomes viscous ... thinking becomes focused on problems ...

Why is this theme relevant ?

Our world has entered a whole new phase and sometimes an 'expansion' becomes visible in our reality which can also be a 'contraction' and which can only be discovered through good discernment and inner research.
Both the path of 'expansion and integration' and the path of 'contraction and fragmentation' are both significant, but polar phenomena, and it is especially important now to continue to feel well whether we are on the desired path for ourselves (and with each other).

For example, that both brain hemispheres start working together much better so that women become even more powerful and men start using their intuition much more. There will be a better balance between intellect and intuition that will enable a leap in consciousness through new perspectives that are only now becoming visible.

And as a result of the energetic balancing, the kundalini can mature in both men and women and this integration leads to a tremendous expansion of consciousness and connections for both sexes.

At the same time, there is a lot to see in our society at the moment with regard to the subject of gender as well as a tendency for things to become gender-neutral and sometimes even the recognition of the difference in gender seems to be on the borderline of discrimination.

May the difference between men and women still be there (in the long run)?
Is gender-neutrality really an 'expansion' or is this a 'contraction'?

If we look at extraterrestrial civilizations with a (sort of) physical body, they also have a difference in gender i.e. male-female energies.

They have explained that the idea of male-female is one of the strongest reminders of the basic structure of our Universe.
Our genders are a reminder that the best way to transcend polarity is through the loving merging of both poles by which the primal force of creation can be released and from which new life (new realities) can emerge.

Even the Greys and Zetas still have the idea of 'male-female' in their DNA, even though, as a result of genetic manipulation, they no longer have external genitalia and have not been able to reproduce naturally for a long time. Their mental choices to become 'sex-neutral' have proved fatal to their civilization.
Their technology (intellect) was not compatible enough with the primal force of creation (love) and they have been taught intensely harsh lessons about the heart-mind connection and whereby their civilization is coming to an end.

There is much to be learned from their history and the reason for their presence, too much to recount here now, other then to mention that the positively oriented Zetas are not here just here to ensure their own survival.
We will certainly come back to this topic at a later time.

What is important to remember for now is that when polarities are 'neutralized' by making everything 'grey', it might end up with contraction instead of expansion.

And that integration is about bringing the power of both poles into balance and not eliminating the power in one of them.
It is the integration, the addition, the inclusion that leads to the expansion.

And there are currently more such themes at play, as, for example, with regard to the existence of the various human races that originally live on this planet ... because, yes, not one but several versions of 'man' were created by the Anunnaki.

The Anu had spread all over the planet and made more than just the 'Caucasus version' in the region of Mesopotamia from which later the 'white man' c.q. the so-called 'modern civilization' arose. This is where our history is contracted in his
This is where our history really falls short in its completeness.
Should you wish to know more about this ... we have created two more blogs on Human-ET One under the titles 'the Races of Mankind' and 'the Seven Root Races'.

It lies in our future to bring all races together into one humanity one day, in equality, respect and love. This is Expansion too, bringing together, bringing all our brothers and sisters together as one family, as one humanity, as one mankind. 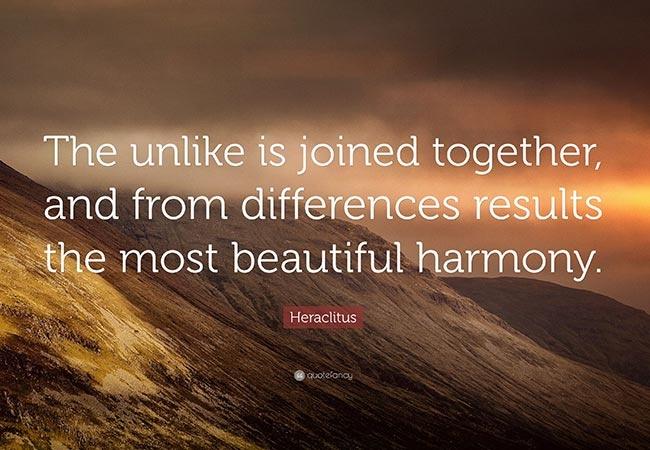 Harmony comes from celebrating differences,
not by eliminating them.

In fact, it is plausible that once we as humanity can truly feel like one family that a mixture of the human gene pool will occur and we will actually create a new race(s) as a result. Diversity is expansion.

Much further on in our timeline, an expansion of the human gene pool is anticipated with the arrival on this planet of the hybrid civilizations from which, in the longer term, a new combined human race may emerge.
The mixing and increase of races is an expansion once we understand that the increase of differences are an enrichment that can co-exist and need not be a threat to 'our own' race.

With the upcoming 'Open Contact' with civilizations from beyond Earth, we will come into contact with different races/civilizations where it is of great importance to recognize each civilization for who they are, including ourselves, and even if many of them may look different to us.

We are all One
even though we are not the same

Diversity makes the world rich and shows us the power of creation.

In this newsletter this time a perhaps somewhat controversial topic, but with a sights on our future it is really of great importance to get over our fears of "others", "the other"... on the way to a new world everything is going to change by definition, otherwise it is not new.
And in order to participate in this process, we will first have to give ourselves the freedom to change our perspectives.
This new world begins within ourselves and then projects itself into the outside world.

Our biggest challenge is how we think about differences and our attitudes, behaviors and beliefs about those differences.