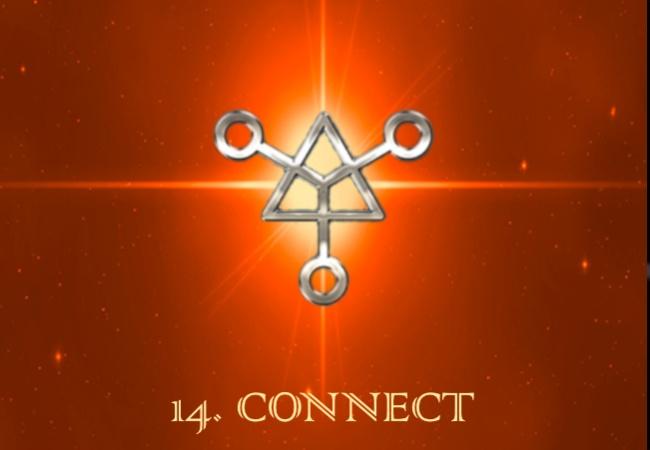 Recently we received a wonderful question about the Triple A !
The triple A (or AAA) is an abbreviation that my guide Ezra'el passed on in 2016 and which he indicated at the time that herein lies the essence of the collective awareness process for humanity ... rediscovering its own Authenticity, its own Authority and its own Autonomy.

Ezra'el indicated at the time in 2016 that more information would be forthcoming in the years that followed so that eventually a book could be written about it ....
The question we received this week was ... 'can you overshoot in your Autonomy, for example, in the sense that someone is so Autonomous that there is no more room for contact with others ?'
Wonderful question for Ezra'el ...

Ezra'els answer began with the importance of seeing the inextricable connection between the three A's.
They are not three separate concepts, they are three perspectives of one whole, just as a triangle can only exist by the grace of three - interconnected - sides.
If one side disappears from the connection, there is no longer a triangle.
Along with this memory came the image of one of the codes from Sacred Circuitry ... Connect.

And immediately after, the theme of "Service to Self" and "Service to Others" was touched upon again, which has happened more often in recent weeks ... and nothing happens without a reason.
Just as receiving this submitted question has something to bring ...

Anyway, this was what I 'got' from Ezrael. Very short for his sake.
To my request for some more explanation, his answer was loving but equally brief ... "you already have the keys to what you need to know about this in you right now and you don't need me for that".
Hmmm ... I didn't expect this, but it became more and more clear with the writing of this newsletter.

The themes of both Sacred Circuitry and AAA are both abundant in our outer world anno 2022 and there are too many perspectives to describe them all in one blog, so let's start with ... 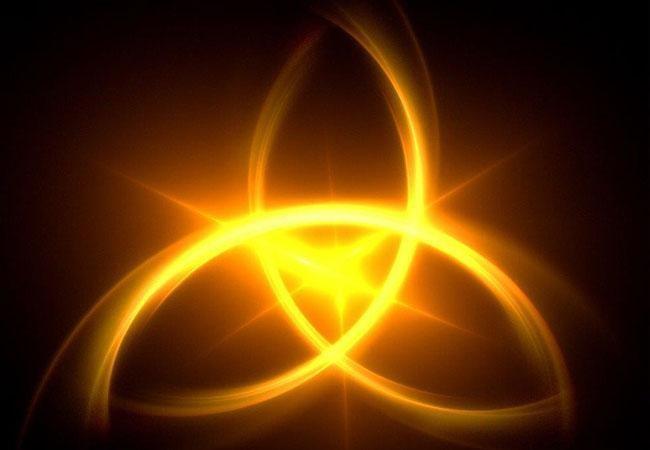 Every soul that incarnates into a physical reality is subjected to a dynamic of polarity.
This polarity will never disappear because polarity is a mechanism upon which physical reality is founded.
Even the primary building blocks of our physical reality (atoms) are made up of neutrons (neutrally charged), protons (positively charged) and electrons (negatively charged) particles.
It is by the grace of these differences in charge (energy) that there is movement / flow of energy - and through which change exists - and the removal of polarity makes everything come to a halt, and even literally fall apart. The same is true of magnetic poles.
The only thing that can disappear is our experience of polarity.
This is extremely relevant to recognize and acknowledge !

The most primary building block of our reality, the atom, shows this, because it exists thanks to polarity, by remaining neutral in its nucleus (neutron).
This is why Bashar  always says so sharply ... 'because of the neutral point in the middle, creation is not a polarity, it is a Trinity'

All of humanity is struggling tremendously with this dynamic right now.
And you might think that service to self and service to others are opposites of each other.

Many people have the idea that 'Service to Others' is much more noble than 'Service to Self' its translated as being social vs selfish.
And so there is also a belief that you either serve yourself or others (polarity), while in fact there is a subtle dynamic in a spectrum to be recognized here.
These aspects also meet somewhere in the middle.

If we look at the spectrum for 'Service to Others' and we look at the most extreme form, we recognize in it the phenomenon of self-sacrifice for the benefit of others.
And depending from which level of consciousness this happens, it is either unimaginably beautiful or incredibly sad.
Most souls that incarnate in this world deliberately 'forget' large parts of themselves whereby sooner or later the search for their true selves begins.
Total self-sacrifice is, in essence, the denial c.q. the deeming of the individual Self as being of minor importance by which this search is postponed.
This path - except for Masters who have already completed the path to Unification - and those souls who specifically prefer the path of self denial in this life as an experience - is not a healthy spiritual path for most.
In this case, the individual gives up his Authenticity, his Authority, and his Autonomy, sacrificing himself to what is deemed (or thought) to be important to the Collective.
Extreme self-sacrifice has to do with inability or disbelief to accept that as an individual you are worthy of love and respect.
Giving everything, but not to yourself.
As noble as this may seem, extreme self-sacrifice is a painful process because no connection is felt with the Self anymore.

If we look at the spectrum for 'Service to Self' and we look here at the extreme form we recognize in it the phenomenon of self-glorification or self-enrichment at the expense of others.
Extreme 'Service to Self' has to do with the feeling of never having enough, no matter how much is taken in.
The craving for more is persistent and in this state the attempt is made to gain love and energy by taking it from others and giving it to oneself.

This feels like a 'black hole' and all actions are aimed at filling the void and in the extreme form Authenticity, Authority and Autonomy is claimed from others.
No matter how 'successful' this may seem, this creates enormous inner pains because again, no connection is experienced with the true Self. We as humanity are currently wrestling with this theme and although there are relatively few people in the painful extremes of this polarity we are all moving somewhere on this spectrum of "Service to Self" and "Service to Others."
Everyone is making their own journey in this!
Let us have no judgment about this, either about ourselves or others !!!

And that the Universe not only has a balance point, but is always in balance, in which every change in ourselves is a change in the whole.

Why this time Ezra'el's brief response to my question ?
In retrospect, I see that his interaction is entirely about AAA and Service.

He once indicated to be vigilant that no dependency can arise between us.
He made this very clear to me in the beginning of our contact when I began to submit more and more personal questions and decisions to him and made myself dependent on his insights.
He left the contact completely and only returned weeks later with a confrontational message.

In no way does he let his service come at the expense of the search for my Self and "the work" I have to do for it.

As for the subject of the newsletter, I have been receiving information drop by drop for weeks and then, in this casek through the question of an ET Healing Practitioner, I receive a wonderful invitation to figure this out in my own unique way by putting it on paper.

And Ezra'el shows me one more aspect here ... 'Service to Others' is not just doing something for another, but also knowing what you do or don't do for another precisely in service of the growth process of the other on the way to triple A.
Knowing what to do for another, when to do it and how to do it requires great discernment and you can only feel this by going within ... and this is a wonderful "Service to Self.

This is how these loving beings work with us ... Loving and so insightful.
Pure gratitude for the wisdom in this beautiful contact with Ezra'el.