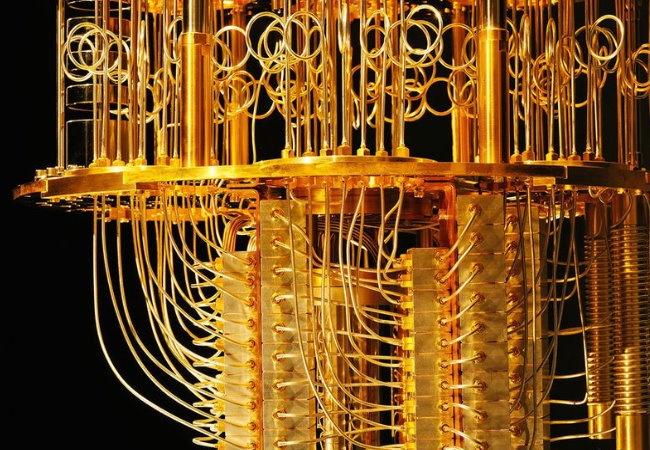 You may remember that in the last newsletter we described 3 short cryptic statements that Ezra'el, one of our extraterrestrial guides, gave sometime in the early 2020, shortly prior to the physical manifestation of this grand transformation of our Earthly civilization.

One of the things he pointed out was " :

A 'LEVEL PLAYING FIELD' WILL BE ENSURED

Now our minds have a kind of natural tendency for trying to give a meaning to this immediately. And that is super !

Let this process of the mind just run its course, but realize that there is not one meaning, but that it contains many layers and aspects and therefore can have many meanings in very different contexts.
Ezrael has made statements more often that, years later, are still evolving in depth and meaning and recurring in all kinds of perspectives. The Tripple A is another one of those.

His statements are sometimes not so much ready-made information, but rather triggers for a process of consciousness regarding a certain theme.
And then sometimes it becomes very peculiar when such a quote suddenly enters our reality in an unexpected way.
In the past few months I have now seen a statement come by several times

'QFS is going to provide a level playing field...'.

QFS stands for Quantum Financial System.
And while I didn't think Ezra'el's statement could (also) have this meaning, it was tempting enough to dive deeper into it.

Don't worry, we're not going to elaborate here on how the QFS works as a financial system, but it's really worth diving into the consciousness aspect.
Let me take you back in time for a moment ... every month I get some kind of clue about the topic of the upcoming newsletter.
At the time, I don't know much more than the topic, but that usually comes while I'm writing.
The clue also usually leads to a prompt to do more research for and within myself.

In last May's newsletter, that clue was the "Quantum Field" and I discovered the far-reaching technique that already exists for bringing "earthly problems" into the Quantum Field and then extracting solutions from this field ... the Quantum computer as a physical expression in technology of something we actually do with our own consciousness.

So it was not so much a topic about technology, but rather about consciousness.

Bashar has said many times that we create these systems to understand ourselves ... once we fully understand how they really work in the future, that technology will become obsolete and we will develop new physical representations based on the consciousness we will then have.

In this way, we use physical reality to better understand our own consciousness.
Many alien civilizations are not only much more advanced in their consciousness, but also in their technology.

Technology can only be developed if consciousness is able to conceive it as an idea. The concept of the Quantum Computer was "conceived" in the 1970s, but it wasn't until ten years ago that humans had evolved enough to bring the concept to development in physical reality.

This is precisely why most extraterrestrial civilizations will be very reluctant to give us technology, preferring to help us get ideas to develop our own technology with.

What we can observe so beautifully here is that the evolution of a civilization in physical reality does not occur by leaving the "physical mind" in the direction of the "higher mind" (which is more like shifting consciousness, rather than expansion), but by integration and connection (Reconnection) of these different layers of consciousness.
This or that becomes this AND that ... the separate parts become a whole and begin to work together. 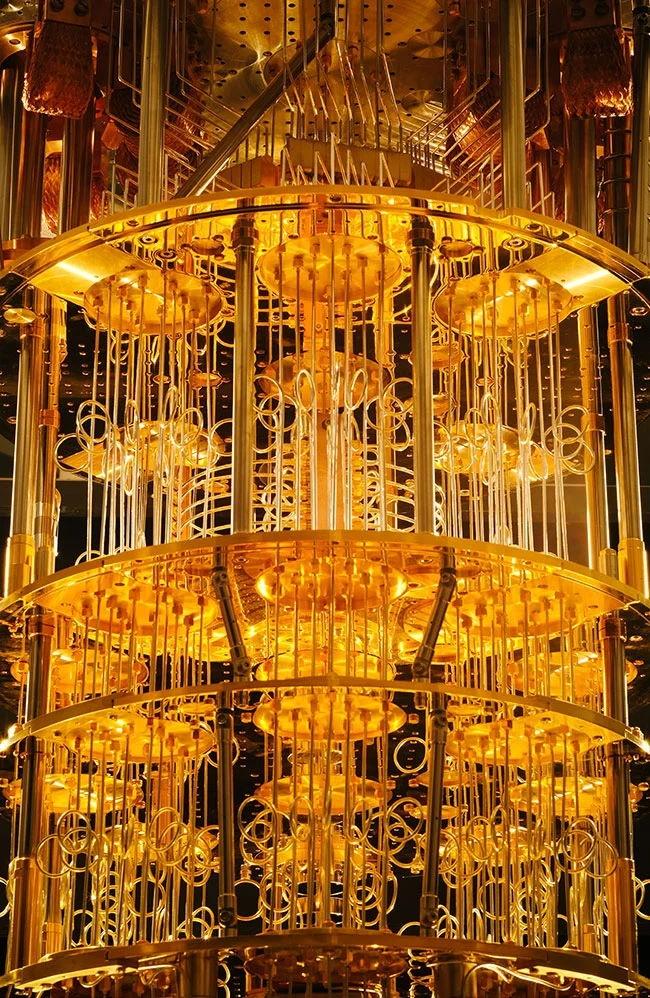 Almost simultaneously with last May's newsletter, the QFS then also came to our attention and I discovered the development of a completely new financial system named as Stellar Network, using a coin named Stellar Lumen (=a unit for measuring the amount of light) that is already as good as ready and as a beta version (for public) already in use.

I experienced some resistance to the whole idea at first - still some active convictions about my old workplace environments - and asked my guide Ezra'el why this crossed our path.

He encouraged us to dive into this, not just informatively but actively. But with open heart and open mind, no matter what we would encounter.
It would give us completely new perspectives, learn to see possibilities and also provide the necessary experience for future community projects.

And indeed, a whole new world opened up for us here and we learned a lot about people, communities, trust, patience, the relationship between people and abundance ...
So I asked myself questions like :

- How are we to transform a society programmed to express the value of countries/companies/people in terms of financial/economic net worth?

- How do we move to the collective awareness that the greatest value lies within the human being himself, with a desire for expression of it?

Because oh-so often we hear people say 'soon in the new world money will no longer exist' and 'everyone will live in happiness, prosperity and love'.

But would this really happen by itself ?
Who will take care of it?
And what is stopping us from doing it ourselves right now ?

Then the concept of "value based on property" loses its power and value is determined by "value added" to the community.

In fact, you should stop reading now and feel the reversal in energy.
So in such a model, the emphasis is no longer on what comes in (because what is needed is there) but on what goes out as a contribution (expression).

Money remains (still) a medium of exchange but no longer has the power of manipulation because everyone has equal access to the necessary (financial) resources.

The invitation is to seriously sit down and visualize how this changes the world - or something smaller, our society, or even smaller, our personal lives - and what our contribution in that world will be.

Perhaps you fail to get the idea into your imagination as a positive construct with a high probability.
Maybe there are thoughts going around right now like :

Because of what has occurred over the past thousands of years, generation after generation, in terms of lack, use and abuse of resources, there is a negative sentiment among many, sometimes even with the idea that finances are at odds with spiritual growth and awareness.
And it is precisely with this energy, this charge that we are stuck with existing reality.

During my own research over the past year, I have encountered within myself, deep down, a disbelief that the world can change at this point, even though for years I too have longed for a world where things are completely different.
When I was working on it, I saw how stuck I was in "old financial beliefs" and could also feel the abundance, but could not really believe it was actually there.

As we become more and more aware that our reality is a manifestation of our collective consciousness, so too is this theme.
And it's worthwhile, especially now, to explore what our beliefs are that limit us, that keep us from adding our value to the world.

So then we are talking about the value of ourselves that we add to the world rather than the value we have in money or matter.

What holds us back now often has to do with beliefs about our own value, sometimes lack of value, the idea of not being good enough, not deserving, having to get better first, ... 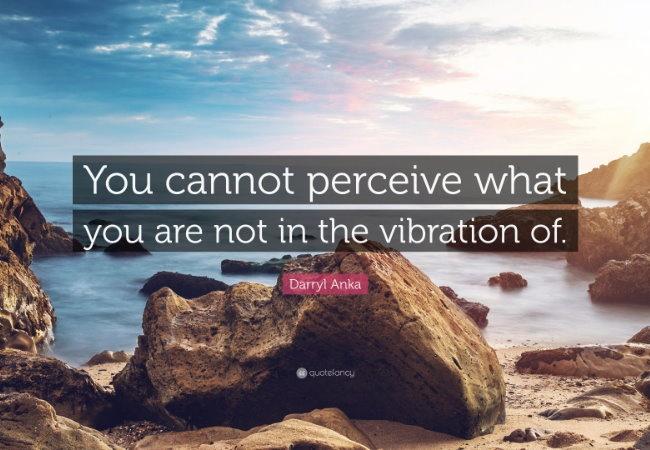 The creation of such a new financial system with a level playing field is going to trigger a huge healing process and a giga shift in consciousness.

We create these systems to understand ourselves ...
In the future, when we have fully understood how they work, we will have made this technology obsolete and develop new physical representations.

It is extremely instructive to really begin to feel that the current financial system is literally and figuratively bankrupt and at the same time it is still so embedded in our personal system of beliefs that we hardly dare to let go of the old system.

So even if you don't feel the need to dive into the "technical side" of the QFS, it is still very instructive to prepare ourselves by tuning in and imagining what is to come.

Realize that everything that comes into us in that process, everything that shows itself, is a reflection of ourselves, of our own consciousness.
In this process you encounter your finest intentions and your ugliest judgments.

Another statement Ezra'el made many years ago, when I asked him how I could best grow further in my consciousness, he said ....

If you want to make a Quantum Shift, you will have to be willing to let go of everything you think you know about yourself and your reality.

Well, this statement too has taken on meaning for me in many ways, perhaps something for another time, but I am happy to share it now in the context of the coming Quantum Financial Shift and letting go of everything we think we know about ourselves and our financial reality.

Because if we don't let go, we hold on to it, while this version of reality doesn't serve humanity as a collective (anymore). Dear Friends,
This time the newsletter has a theme that may not be your favorite.
And that is often exactly where our growth lies ...

For us, the investigation within ourselves has given us a lot to see where we are still stuck in old system thinking.
We all have that and that is why it may to be held to the Light.

The idea is to inspire you to explore how these themes reveal themselves in your life and reality.
Ezra'el gives this theme for a reason, and the timing also seems relevant.
Frankly, there was some hesitation to bring this topic into the newsletter, but Ezra'els message was clear.

The development of a new system is amazingly well underway and some insiders claim that the system was developed by people on Earth, based on suggestions from beyond.

It is said that the Quantum Financial System has a kind of consciousness.
Something in us knows it, recognizes it, but we don't have proof or confirmation of it (yet).

Anyway, we hope this newsletter may inspire you in the development of your own unique perspective.

And see you soon, in the flesh, at one of the online events and on the online community Human-ET One!
Jacqueline and Philip