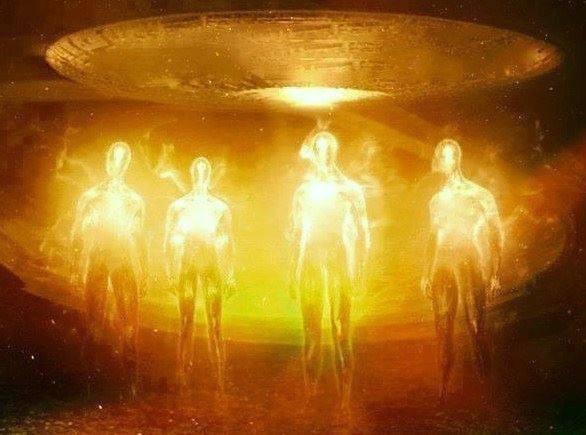 With the development of the atomic bomb and other technological toys, humankind has entered a phase on the evolutionary scale where it could possibly destroy itself.
Thus it becomes essential that humans learn the role of self-responsibility not only for themselves, but for the entire planet as a whole. Gone are the days when we were a child race. It is time now to enter species adulthood.

Becoming an adult species has its challenges. Perhaps the biggest challenge is to act like an adult and seek out relationships with adult species from other worlds -- relationships of equals without the control dramas we've used for thousands of years in order to maintain the power of superiority. Though it may be challenging, we must begin to implement a contact program as a responsible adult species that empowers the people on Earth to be planetary ambassadors.

Preparing for contact is a concept that we've never explored as a sentient species ever before.
We have no role models with which to guide us. At some point, we are going to need to stop theorizing and take action. Soon it will be time to go "out in the field" and apply what we've learned.

A planetary species who feels powerless and victimized (whether by its own bureaucracy or by an external force) may wait for contact to be forced upon it and never take action.
However, what extraterrestrial civilization would want to make contact with a powerless, frightened species?
The only ETs who would want to contact a planet filled with frightened souls would be those who want to take advantage of them by preying upon their fears.
Unless we want to create that type of contact scenario, it is time to assert ourselves by reaching out not from fear, but simply from curiosity and excitement.
The ETs have made the first step. Have we?

Some would say that projects such as SETI and Voyager are our attempts at making contact.
However, those projects were not joyously participated in by humanity; instead, they were funded and implemented by governments and/or private organizations who may or may not speak for the People.
No single individual or small groups (representing the People) have ever participated in those contact programs.
Those projects, in a sense, speak the party line by assuming that an ET species will value science and technology (radio waves and space probes) over consciousness itself.
Did those contact programs speak for you?

Perhaps it is time to design a contact program of our own, based on our understanding of ETs, their reality, and the human consciousness.
Already some visionary organizations like CSETI (founded by Dr. Steven Greer) have begun this immense task.
But before a paradigm shift occurs, a large group of people must be willing to do whatever it takes to become planetary ambassadors--even if that means releasing old, safe belief systems and entering the world of the unknown in order to do so.

As we prepare for contact, there several issues which need to be addressed before we can become an empowered planet of intergalactic ambassadors.

1. Acknowledge the Inevitability of ET-Contact

It is time for the people of influence in our society to stop arguing whether ETs exist or whether or not a specific case study is real or hoaxed.
Instead, we as a society can be better served by realizing contact is a high probability and beginning to prepare our selves and our people for the inevitable contact which occurs for any species entering adulthood.

The only truth that matters is the truth one finds within.
This requires us to begin to form a solid personal truth about the ET phenomenon which is not based on polarity -- meaning that we don't simply categorize the ETs as being space brothers here to save us, or invaders here to conquer us.
The truth lies somewhere in between and becoming self-responsible individuals simply means putting aside our judgments (based on our own emotions), cultivating a personal truth about the importance of contact, and carrying out our responsibilities to initiate contact in a dignified and diplomatic way.

Opening positive, diplomatic communications with extraterrestrials who may be quite alien to us will be impossible unless we first take responsibility for our planet and the people upon it.
Unless we seek to become a People, it is unlikely that extraterrestrials will wish to open contact with a group of fragmented and aggressive adolescents.
We must seek to create an atmosphere of family on Earth. It is possible that even just beginning this process will be enough to shift the paradigm.

Until we confront our own inner and outer fears, we humans will continue to perceive ETs through the veil of our fears and thus distort their true reality.
We must learn to come to peace with our own inner archetypes of dark and light, otherwise the ETs will simply become contemporary demons upon which we will project our fears.
When we as a society and as individuals are willing to confront our fears, then we will finally be able to see the ETs for who they truly are.

Right now the human consciousness is segmented into the conscious, subconscious and unconscious minds.
Many individuals who have had ET contact have stored memories of this contact deep within their subconscious or unconscious in order to maintain the sense of a secure reality.
We must become willing to integrate these levels of our consciousness and face our frightening memories. Many have already begun doing this through regressive hypnosis.
Once the human consciousness begins integrating and healing, we will be perceived by ETs as whole beings instead of fragmented ones. It is here where our fears will no longer overwhelm us.
This is an empowering place where we can truly begin initiating a contact program which will benefit humanity and extraterrestrials in a profound way.

For thousands of years influential people and organizations have been dictating what the consensus reality should be.
The time of dependency upon "authority" figures must now pass if we are to enter species adulthood.
We must no longer wait for our government to reveal the ET bodies and crash debris it has before we believe solidly in the extraterrestrial presence.
We must reclaim our power by beginning a contact program for the People by the People. We must begin educating a timid public on extraterrestrial issues, giving them responsible information.
And most of all, we must stop the bickering and invalidation between researchers which only serves to "divide and conquer" the visionaries of the future.
As we reclaim our power in this way, we become a global people ready to interact with our intergalactic neighbors.

Lyssa Royal is an internationally known author and channel. Her books, published in seven languages worldwide, include: Millennium: Tools for the Coming Changes, Preparing for Contact, Visitors from Within, the Golden Lake and the classic book The Prism of Lyra..
Lyssa has served as the Arizona coordinator for the Center for the Study of Extraterrestrial Intelligence (CSETI) and has conducted field research into the contact phenomenon around the world in Japan, Australia, Canada, Germany, England, South Africa, Mexico, Peru, and the USA.