Extraterrestrial Civilizations and Modification of DNA

Maybe you have also wondered what our otherworldly friends think of the developments on our planet ?
We receive a lot of questions in any case, and this time we will address the question "what do extraterrestrials think about making modifications to DNA".

First of all, people tend to treat all extraterrestrial civilizations as one, as if all civilizations do the same thing, 'think' the same, and use the same technologies, etc...
This is in not the case. You will have to look at each civilization/federation individually to see what they do, think/believe and what technology is used.
Each civilization has its own background and development and the goal of Galactic Federations is not to make civilizations into a homogeneous mass, but rather to utilize all diversity for everyone's development.
We can learn a lot from this idea as well.

And there is a lot to be said about different alien civilizations and adaptations of DNA and the motives underlying them.
It's a big topic and we'll pick up just a few aspects here.

Making changes to DNA - in addition to evolutionary adaptations to the environment that may occur naturally in a biological body - is quite normal in the Universe.
Once upon a time, "modern man" (Homo Sapiens) arose long ago through a combination of a long evolutionary process of human-like races and modifications of DNA by the Annunaki as well as by visitors from Sirius and other civilizations.

Genetic adaptations may be a new phenomenon to us, but in the universe it started a long time ago, probably millions of years ago in the Lyra system.
Barbara Marciniak speaks of "the Master Geneticists" in Bringers of the Dawn.

However, this kind of modification requires a great deal of knowledge, not only of the physical aspects of DNA, but especially of the metaphysical aspects.
DNA is like an anchor point for consciousness to incarnate in and is much more than a series of amino acids (molecules) used to build a physical body.
It is a kind of filter through which our consciousness projects itself and crystallizes into physical reality - metaphorically similar to a slide (blueprint/template) projected onto a background (reality) by light from a source (consciousness). There exists a civilization (a federation of sub-races of some sort) that has come back in time from their perspective, into our 'timeline', and have been visiting and informing us for decades about their civilization and the effects they are experiencing as a result of modifying their DNA.
In their 'timeline' they were once a human civilization like us and among other things they removed codes from their DNA based on which the body creates emotional neurotransmitters with the idea of becoming less susceptible to emotional swings and outbursts that have caused many and especially enormous problems for their civilization in their history, such as devastating wars and making their planet unlivable.
At the same time, with modifications in the DNA, they created an enhanced collective mental capacity with a kind of hive-mind mentality.
We know this civilization as the Zetas, the "positively oriented Grey Beings" and the "Grey Federation.

These adaptations have had negative side-effects for them in the long run and have even proven to be catastrophic for their civilization.
We can learn a lot from their history, both the history that led to the adaptations as well as the choice of the adaptations made, because no one in the Universe is stopping 'us' from doing similar experiments and making similar mistakes.
No alien civilization will stop us, these are our own choices, it is our own responsibility, it is a free-will universe.
The Zeta civilization was dying out as a result of their adaptations and they need/have needed our DNA to give their civilization a future in the form of new hybrid civilizations like the Yayhel and the Sassani.
Their main message to us has always been ... take better care of your planet and don't make the same mistakes we did.

Then again, things can go well too. There can also be great improvements through made changes in DNA otherwise extraterrestrial civilizations that are hundreds to thousands of years ahead of our development would not continue to be engaged in this.

When the first visitors from the Lyra system settled on Earth, their bodies were not sufficiently suited to the living conditions here, especially gravity and oxygen.
They too used DNA from the humanoids already living on Earth at the time to adapt their own DNA to the conditions here.
This civilization left again after the arrival of other Lyra civilizations on Earth and settled in the system we know as the Pleiades. They call themselves family for a reason, we share DNA with each other. We are connected, bonded, we are family.

When extraterrestrial civilizations conduct experiments with DNA, their goal is either to create new physical bodies for themselves suitable for populating new worlds or to prepare themselves for the next step in their evolution.
The latter is usually done only after all the possibilities of the current body have been utilized. And many times such an "upgrade" of their bodies takes place through hybridization with other civilizations.

The awakening of DNA

The human body seems to be far from the point where a DNA upgrade is needed since a significant part of the potential of the existing DNA is still in the process of awakening.
With a fully awakened DNA we are dealing with qualities and abilities that we would now call "superhuman", but which are just lying dormant in our DNA codes and which are awakening through contact with higher frequencies, as brought by various extraterrestrial civilizations through important portals in the Earth grid and our Moon as support for our awakening.

This awakening of our DNA is (fortunately) gradual but can also take a big leap through an encounter with an extraterrestrial being (pre-cursor), during a healing or through a visit to one of these portals.

In the state where more of our codes are awake, our bodies become free of disease because of the power of the system itself on the one hand and because our higher consciousness is so strong that we have stopped doing anything that weakens the system on the other hand. 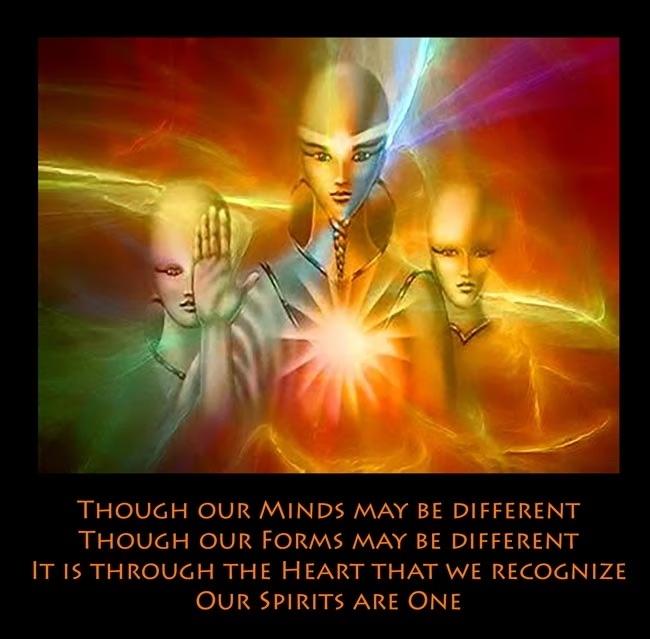 Right now much of our energy in the body is being lost through the state of survival due to pollution of water, air, food, ether, light and information ... our body is being bombarded with lower frequencies.
Much of our energy is therefore unavailable for consciousness, growth and expansion of the individual.
Collectively, an enormous amount of energy is lost to the state of survival in which populations find themselves due to conflicts of interest, energy that is no longer available for consciousness, growth and expansion of the collective.

A major question for humanity is whether addition or modification of DNA is necessary at this time to release the potential already present.
Or put another way ... is any addition or alteration to the DNA a support toward its full potential, is it neutral or is it a containment.

In the next decade, humanity will make contact with hybrid civilizations, civilizations that contain human DNA that originates from our planet and bears some (high) degree of resemblance to us.
Civilizations that are genetically compatible with us and that in the distant future, if humans on Earth choose and are ready for it, may be able to produce a new hybrid race through which our collective consciousness, the Christ Consciousness, can enter a new evolutionary cycle for the next few thousand years, taking its place in Galactic Federations and visiting and supporting other worlds in their evolution in the same way that we have received help during our process.
These choices are far from being made, but this potential is there.

Awareness and contact with life from beyond Earth brings us so close to the essence of life on Earth ... with gratitude, appreciation, wonder and recognition for all life.

This is indeed what our guides have indicated from the beginning ... the process of making contact with extraterrestrials appears to be a pathway to something outside of you, but in fact is primarily a pathway inward ... To the question "who am I?
To then get in touch from that essence.