The Activation of our 12 Strands of DNA 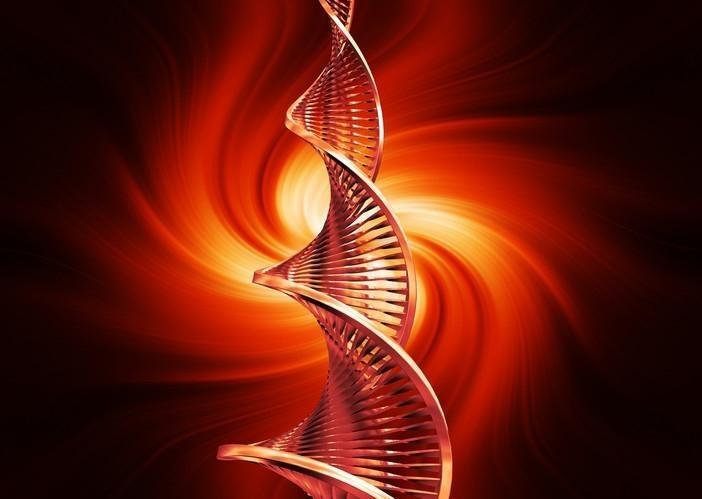 The human genome is packed with at least four million gene switches that reside in bits of DNA that once were dismissed as “junk” but it turns out that so-called junk DNA plays critical roles in controlling how cells, organs and other tissues behave. The discovery, considered a major medical and scientific breakthrough, has enormous implications for human health and consciousness because many complex diseases appear to be caused by tiny changes in hundreds of gene switches.

As scientists delved into the “junk” — parts of the DNA that are not actual genes containing instructions for proteins — they discovered a complex system that controls the genes. At least 80 percent of this DNA is active and needed. Another 15-17 percent has higher functions scientists are still decoding.

The result of the work is an annotated road map of much of this DNA, noting what it is doing and how. It includes the system of switches that, acting like dimmer switches for lights, control which genes are used in a cell and when they are used, and determine, for instance, whether a cell becomes a liver cell or a neuron.

According to medical science humans have 2 strands of DNA, the other 10 strands are called “junk” DNA.
Realigning, reconnecting and activating our other 10 strands of DNA is a process by which we attain the state where we become aware we are multidimensional, where our physic abilities are reawakened and where we have developed a second neural network at the etheric level. This second neural network is what allows us to live in multiple dimensions at once. We can hear, see and communicate with others in these dimensions.

Our entire solar system and the Milky Way Galaxy, has now entered a highly charged portion of space. We are immersed within the Photon Belt (Menasic Radiation), a period of intense light we first entered in the late 1990s and in which we will remain for a 2,000 year period. During this remarkable time the energies from the Photon Belt are triggering a complete reordering of life as we know it. This occurs because photon light energy has the capacity to lift all of life into a higher frequency dimension as it carries the seeds for the enlightenment of all. The atomic structures within the cells of our bodies are slowly re-tuning themselves to match these rising frequencies. We are shifting from a third dimensional carbon based body (from one that matches the atomic frequency and spin of carbon) to a fifth or higher dimensional crystalline body or light body (to one that matches the atomic frequency and spin of crystal). So too the bodies of animals, plant life and all upon and within the earth are making this transition, as is our entire galaxy.

As the process of rebuilding our light bodies continues we will slowly begin to notice the effects of becoming fully conscious of our multidimensionality. This state will come about when our 12 strands of DNA have finally been re-fused, reconnected and activated. We will then experience life within the consciousness of multi- dimensionality. In this level of consciousness we could live in the third dimension while retaining our connection and relationships with beings in the higher realms. We will no longer be cut off from other dimensions as we presently are and we will operate from a state of heart centred compassion, also called "Christ Consciousness". This will happen regardless of which dimension we find ourselves inhabiting. Eventually we will learn how to live successfully in a galactic society and ultimately in a universal society. At the present time most humans have two active strands of DNA, represented by an intertwined double helix. Some persons have developed and integrated three or more strands and a large number of new babies presently being born (the crystal children) have many strands of active DNA. A simple blood test can verify this fact.

Each of the 12 DNA strands represents one of the twelve aspects of multidimensional consciousness. Three DNA strands represent and govern the physical body, another three are concerned with the emotional body, another three with the mental body and the remaining three with the spiritual body. All these aspects are represented in our bodies as new neural pathways to the brain. They are connected and nourished through the hormonal system of endocrine glands. These glands work in tandem with the energy vortexes within our bodies known as the chakra system. When all neural pathways are working freely with our chakra system they will provide the conduit to the higher realms, resulting in our experience of multidimensional consciousness.

As these changes occur, you will experience dizziness, feelings of spinning and loss of emotional centering. During cellular transformation, your body is a constant flow of discarded proteins and structures. Your cerebrospinal fluid is being filled with discarded mineral deposits. You are literally sloughing off your body and you are rebuilding it. The changes will be very intense and will be very challenging to you during the sloughing off process. What this means in biochemical terms is quite mind blowing. A fundamental renovation is occurring in your body while you are living in it.

"The firing of the codings and the realization of your identity are going to become phenomenally intense. the reason for this is the evolving DNA. When you have 12 helixes of DNA in place, those helixes will plug into the 12 chakra system. The 12 chakras are vortex centres, loaded with information that your system must be able to translate....."  and  "..... sometimes it will feel as if you want to sleep for 18 hours. Do it. Your body needs it."

We are building new information into the cells of the body and yet it has been said that these changes are taking place naturally. Some have asked whether this suggests that we have to reprogram our own DNA or is this all being done automatically and we don’t get involved in it. The answer is it’s a little bit of both. The cells have been coded for this time in history, prior to the time of human birth. Many people are finding that they are drawn to a certain place or to a certain person. They are finding that being in certain environment, whether with that person or in that physical place, is creating a type of trigger, a trigger in the cellular memory. So in this respect, it is happening automatically as long as we are following our impulses, following our natural motion in life to where the body is leading us and who the body is leading us to.  This is creating the firing or triggering of new information.

Off-World assistence has offered several ways to support humanity in this process.
One of these ways is called "The Reconnection" and is provided for every one as a consious choice to excelerate this process and reclaim your full identity. During a process called The Reconnection a qualified practitioner activates new lines, so that the exchange of light and information from other dimensions is re-established.

The Reconnection takes place in two separate sessions, usually on consecutive days. This is a very precise protocol that activates different sets of meridians and energy points in the axial/meridian system of the body.
Many people report rapid development in various areas of their lives or an acceleration of their Life Path after having done The Reconnection.

Whether one chooses to seek support or not, everybody on Earth will start this process one day and everybody will be going through this change and is being supported, whether they know it or not. The Pleiadians clearly mention this support also includes preventing individuals wanting to go faster then their systems are capable of handling.

More information on  Bringers of the Dawn

More information on The Reconnection