Millions of our years ago, were the ancient systems of Orion, which underwent an extreme degree of darkness, eventually transforming it into light.
The 3 colored bars of Orion's vibrational symbol (white, red, black) represent Orion's transformation of darkness into light through great hardship ("from dark to Light through the blood of the people"). There was in that system a society under great suppression, great oppresion, great negativity, great hardship, great difficulty.
In particular, on one of the worlds of the Orion systems, that in the ancient language was called Huva.
Huva, in that sense, was the central seat of the Orion government, which again was very oppressive.
Huva was the name of the planet and the language, but also the government and control system of Orion and therefore, to some degree, the term Huva, represents now the ancient energy of negativity, and, like any world, can be representative of a collective consciousness, and can function as an entity, in and of itself, in a sense.

The energy of the Orion transformation of darkness into light is represented by Selenite (named after the the Ancient Greek word for the Moon), as it is similar in structure to the darker version of the crystal that was experienced in Orion systems by the Black League.
They existed as an underground movement, as a resistance movement, on a small planetoid that was crystalline in form; dark, dark crystalline in form which had a very special energy to it, a very specific frequency to it, that was the seed itself of the transformation, and the selenite on your planet represents the other end of that spectrum."
Hematite (Fe2O3; named after the Greek word for blood) is also connected to the Orion/Huva energy.
Mintaka is the star close to which was the idea of the dark crystal moon that was utilized by the resistance to the suppression.

However, one of the very great lessons they learned in that time, was the idea that if you fight fire with fire you just get more fire; and the idea of using the same violent tactics against the government that the government was using against them, did not really work out very well for that resistance movement, and it created an increase in the suppression, and in increase in the negativity, and thus they learned that there must be another way.

And in learning that there must be another way, they began to approach the idea of the negativity with positive energy, positive vibrations, and over time slowly transformed the Orion systems from darkness into light, from negative into positive, through their sacrifice, through their pain, through their blood.
Many of the ancient Orions also made a connection to the idea of wanting to work this out on many different levels, inter-dimensionally, and so created for themselves incarnational connections to other star systems that has the vibrational energy that would allow them to go through a process of transmuting this negative energy into positive energy.

One of those systems was your Solar System.
Now this, again, was millions of your years ago.

But some of the first incarnations of ancient Orion energy occured on a planet in your Solar System that is now what you call your asteroid belt and no longer exists as a planet, and which was known by many names, but we will choose the idea of Maldek to represent it.
Many incarnations were played out there, much of the ancient Orion negativity was played out there, and eventually, the vibration of that negativity was too much to handle, and created circumstances and situations that ultimately destroyed the planet, through collisions with other planetary bodies in the system when it was young.

The incarnations then moved to the next habitable planet, which you now call Mars.
At the time it was inhabited and much of the negativity continued to play itself out in the process of transformation which took "eons and eons to go through".
When Mars also attracted to itself the idea of a negative experience of destruction, through the bombardment of asteroids that ripped away its atmosphere and turned it into the relatively desolate planet that you now understand Mars to be, then the incarnations shifted about 6,000 of your years ago to the Earth plane.
Now this does not mean that the destruction that took plane on Mars happened 6,000 years ago.
There was a lot of interim time in which, in other dimensions, the Orion energy was playing itself out and going through different processes, until it was ready to come into the Earth vibration. 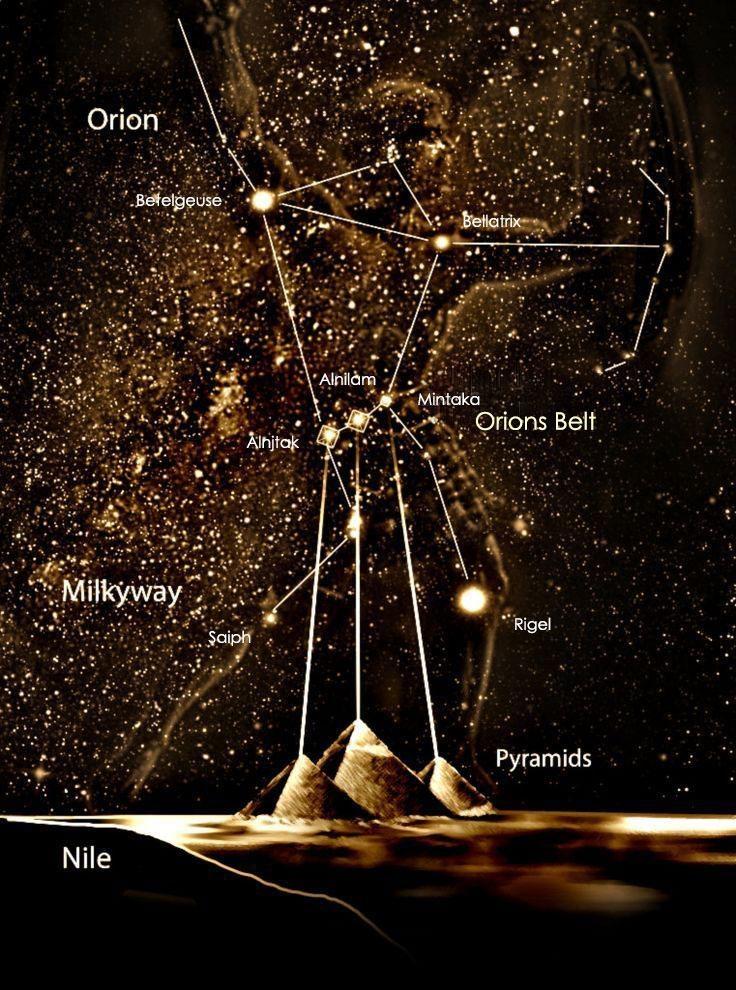 The idea of the introduction of the ancient Orion energies, and that process of going from the negative to the positive, began to play itself out upon its arrival in the area on your planet you call the Middle East.
And in this way it introduced a lot of that ancient negative energy, that has still to play itself out on your planet, although it is transforming, in this day and age.

So why is this one area in particular always at war ?
Because in many ways that area was the reception site and the reception point for very early infusion, in an incarnational sense, of some of the very strongest of negative energies upon your planet.
Historically, individuals in that area are struggling because they believe -- as the Orions did in those times -- that to struggle is the only way to express and understand the self that it must be done through the idea of conflict.
Thus, basically you will find that much of their energy, in many past incarnations, has been put toward the idea of warfare.

They are now more beginning to understand themselves as different expressions, learning that they can express the power and the energy with which they feel so naturally connected in terms of your Earth.
And now it can be expressed in more positive ways.
They can begin to recognize an immensely important idea: that every individual is as powerful as he needs to be to have anything he desires in life without having to hurt anyone else, or himself, in order to get it.
They are beginning to assimilate into many other cultures, which gives them the opportunity to recognize they can blend and balance that energy in a positive way that it does not have to be a struggle or a conflict of ideologies.
For the blending of all ideologies is what will, paradoxically, allow them to express their own ideology the easiest.

That area of your world has indeed represented a high degree of limitation and focus and the playing out of that very energetic negative state.
So in that sense, they are the crucible around which all other realities and cultures on your planet rotate and revolve.

They are playing out much of the negativity of the remainder of your planet through that small area, that small theater representing some of the very highest concentrations of the old belief systems on your world.
In a sense, this can be looked at as a circumstance which allows the rest of you to make the changes you are making, since they are willing to function as the repository of the majority of the negativity on your planet, thus releasing the rest of you to change in the ways you desire to change.
Once the rest of you have stabilized yourselves, then can the greatest and most rapid changes potentially will occur within that area, as they will no longer have to hold the symbolic torch for the rest of you.

The bigger picture of Lyra, Orion, Pleiades and Earth come to full cycle

When the original Human-Pleiades system in Lyra, split off – into the Pleiades system and Orion System there was actually a bigger plan for a deeper exploration of polarity in this Universe.
Where the Pleiades system started exploring the idea of retention of integration, or in colloquial language, the idea of positive energies, being, mechanically speaking, that which integrates, unites, unifies and functions as a whole, which blends, which harmonizes and is serving to the whole.
And the split-off into the Orion system exploring the idea of separation and limitation, negative energy, that which separates, segregates, and acts in your terms, discordant.
It seeks externalized control because it does not believe that control comes from within.

From there the projection from these early Orion systems to idea in your Earth solar system known as Maldek – a former planet, now destroyed and from the projection from Maldek to the Earth system with the ideas of Lemuria and Atlantis, to the idea of the present Earth civilization.
As well as there are connections directly from the Pleiades system to the Earth system and where this is all about the exploration of the blending of the polarities, positive and negative so as to form in some factions a feed-back system to original Orion systems experiencing negativity and suppression, so that they can also blend.
So that there can be, in round about ways, so to speak, re-blending, re-identification with original systems, original families, now to be found in Pleiades, and to form reconnections after balancing, after transformation.

One direction in your universe is the path of integration. The other direction is the path of separation.
Now, full cycle, the rejoining of original families originated in Lyra.
Your faction,  through the Orion system, through Maldek, to Earth and the other side through the Pleiades system.

Source : Bashar-Interstellar Enneagram among others